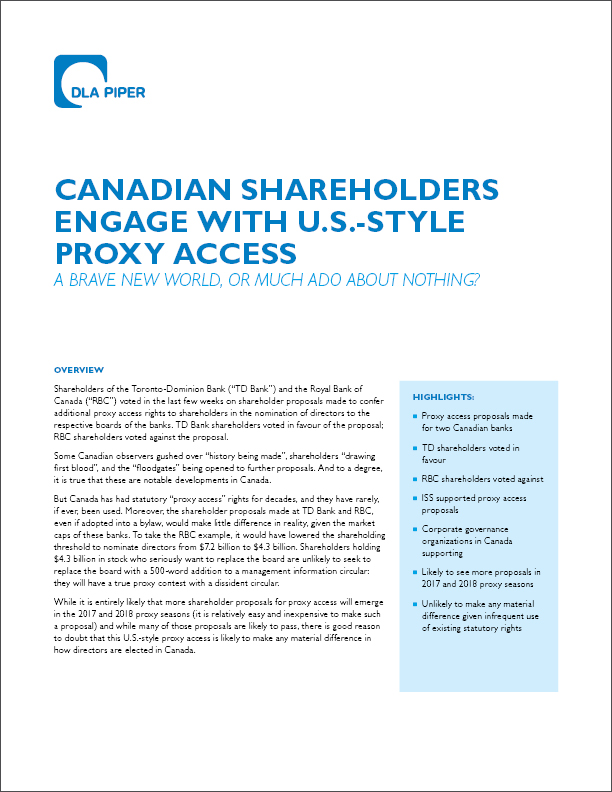 Some Canadian observers have gushed over “history being made,” but Canada has had statutory “proxy access” rights for decades, and they have rarely, if ever, been used. Moreover, the shareholder proposals made at TD Bank and RBC, even if adopted into a bylaw, would make little difference in reality, given the market caps of these banks.

While it is entirely likely that more shareholder proposals for proxy access will emerge in the 2017 and 2018 proxy seasons (it is relatively easy and inexpensive to make such a proposal) and while many of those proposals are likely to pass, there is good reason to doubt that this U.S.-style proxy access is likely to make any material difference in how directors are elected in Canada.

To find out more about proxy access in Canada vs. the U.S. and the aftermath of Canada’s first look at proxy access shareholder proposals, read this paper here.